Have you ever been watching a movie wondering how that computer, drink, car or watch got so much screen time? Maybe that soft drink bottle was just a little too perfectly centered, softly lit and in-focus for an unusual amount of time. Your suspicions are grounded in reality.

Almost every film and television program has some form of product placement, whether you’re aware of it or not. Some is done well (Reese’s Pieces in E.T. anyone?). Most are done really, really poorly, and consequently become glaringly obvious or even distracting.

The innocent principle behind product placements is to make a movie realistic by using real brands that you the viewer might use in your life, as part of the plot. In addition, the movie might make a few bucks here and there through these placements to help cover the costs of production, actors salaries, etc.

This becomes dangerous territory when the maneuver is executed so obviously that it makes the viewer (you) feel like they’re watching a two-hour commercial that you paid to see. For every person who thinks that they should have been paid to watch these overpriced commercials, here are 6 of the most blatant uses of product placements we’d like to call out: 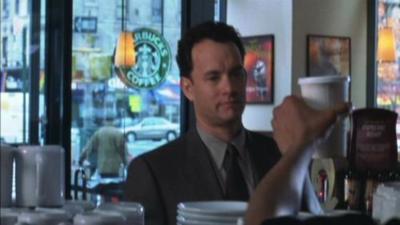 Meg Ryan and Tom Hanks team up in this classic romantic comedy that was named after the once ubiquitous “You’ve Got Mail” greeting for America Online’s email service (remember when people actually used AOL?). This iconic filmed was given several thick coats of the Starbucks brand, from visits to the store to coffee cups practically being glued to people’s hands. Forget You’ve Got Mail, if you watched this movie you’ve probably got Starbucks as well. 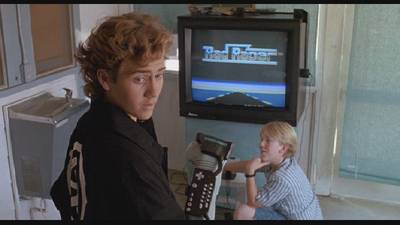 This super cheesy film from the 80’s is a clear example of adver-tainment, and plays out like a two-hour Nintendo commercial. Notable placements include the Power Glove, the Nintendo NES System, Super Mario Brothers and a long list of other Nintendo games. Placements are even written into the script, with the antagonist saying “The Power Glove, it’s so bad”. If that weren’t enough to brand your brain, the end of the film even takes place at a Nintendo Competition.

Tom Hanks pops up again in our next offender, Castaway. If you’ve seen this one man show, it would be hard to forget that FedEx is guilty beyond any possible doubt. There was opportunity-a-plenty for the FedEx logo to be marinated throughout this movie because our lonely castaway worked at FedEx before being given the gift of an eternal vacation on a beach that just happens to be drizzled with FedEx packages. FedEx might have saved Tom’s life, but it could never be the friend that Wilson was! It’s probably the only film in history where a product placement was also the supporting actor.

This futuristic Bruce Willis action flick answers the question “can I still get a Big Mac 235 years in the future?”. The answer is “yes”. Now, whether or not you can supersize your drink and fry remain unknown. McDonald’s presence is hard to miss, from a delivery train, a McDonald’s “fly through” and even a Golden Menu special.

Rise of the Planet of the Apes

While monkeys like bananas, in this movie they love their Apples – Apple computers of course. While this movie is void of any other noticeable brands, Apple clearly appears throughout the film in labs, home offices and other locations. Lesson to be learned: if you want be smart like a genetically-modified primate then you’ll need to be using Apple products.

Transformers: Dark of the Moon

Take Michael Bay, a budget of over 200-million dollars and light it on fire. That’s the basic premise of this masterpiece. Cars, explosions, cars and more explosions. In this third installment, the cars are back to save the world and stuff – brought to you by General Motors. It’s hard to look at this movie past the blatant brand placements. However, if you’re in the market for a film featuring giant robots that transform into North American-built cars, then this will quench your giant robot thirst nicely. In our countdown, this film takes the cake as the most obvious use of product placement ever.

The jury is still out on whether product placements work or not, and consumers have varying opinions about seeing them. Some people dislike the feeling of being sold to instead of being entertained, while others believe they make the movie feel more realistic. Regardless, brands need to be integrated in a natural way in order to work effectively, unlike the examples above which are at times intrusive and unwanted.

Now I guess we’ll drive our Camaro home after we shut down our iPad. Should we stop off at McDonald’s or grab a Starbucks instead?