Does Your Brand Exist on Social Media if You Don’t Pay to Advertise? 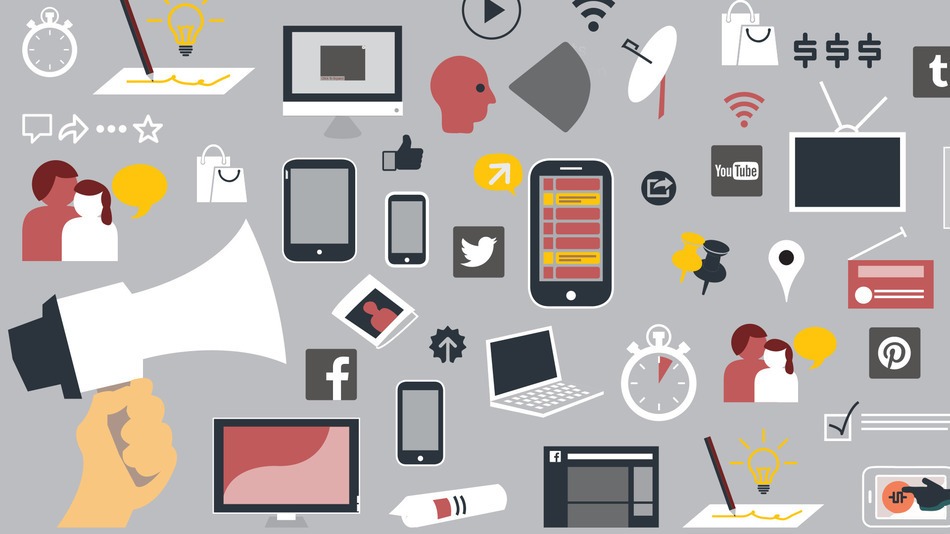 Social media has shaken up the advertising industry once again. In December 2013, Facebook first announced their plans to tweak its News Feed algorithm, which would ultimately lead to the end of organic reach. Organic distribution across Facebook brand pages would gradually decline, however the social network had a simple recommendation to fix this problem: pay for reach in order to maximize the chances of your message appearing in a user’s News Feed.

This recommendation has now become an order. Facebook released a statement in November outlining their plans to reduce brand posts seen in News Feeds that they deem as promotional, starting in January 2015. Brands will need to come up with clever ways to engage with their fans to get past Facebook’s algorithms; otherwise, they’ll need to pay to share promotional material. No ifs, ands or buts.

While not all social networks are killing organic reach – at least not yet – this has initiated a trend across social networks to jump onto the advertising scene and earn their share of media dollars. This has also led to an increase in the number of brands and marketers using social advertising to keep their messages at the forefront of users’ screens. 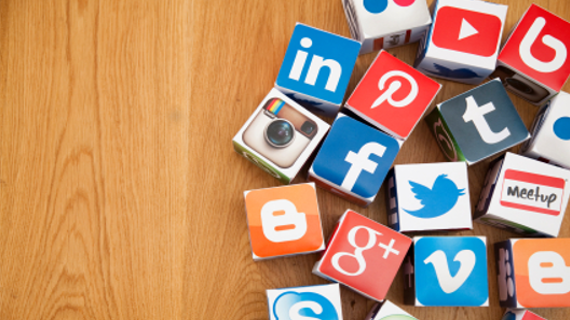 2014: The year of social advertising

2014 has proven to be the year for social advertising. Social media ad spend is up 40% for the year, surpassing $8.5 billion in the United States, and is not looking to slow down any time soon (Business Insider). With so many brands competing for fans and followers, the ability to pay for extra visibility has made a significant impact in the social advertising world. The necessity for brands to stand out in online conversations has caused a shift in advertising budgets, placing more of a focus on digital, rather than traditional print advertising.

Scott Stratten, an expert in social marketing, spoke at the New Media Expo 2014 in Las Vegas about the new cost of marketing on social media. He made the bold statement: “The rent is due… When you post an ad, you should pay to post an ad. That’s why it’s called advertising!” Although this is a harsh reality to some, he makes a point that emphasizes the need for brands to invest and innovate in online advertising, something Facebook would agree with him on, or else they run the risk of falling behind their competitors

Everyone is hopping on the advertising bandwagon! 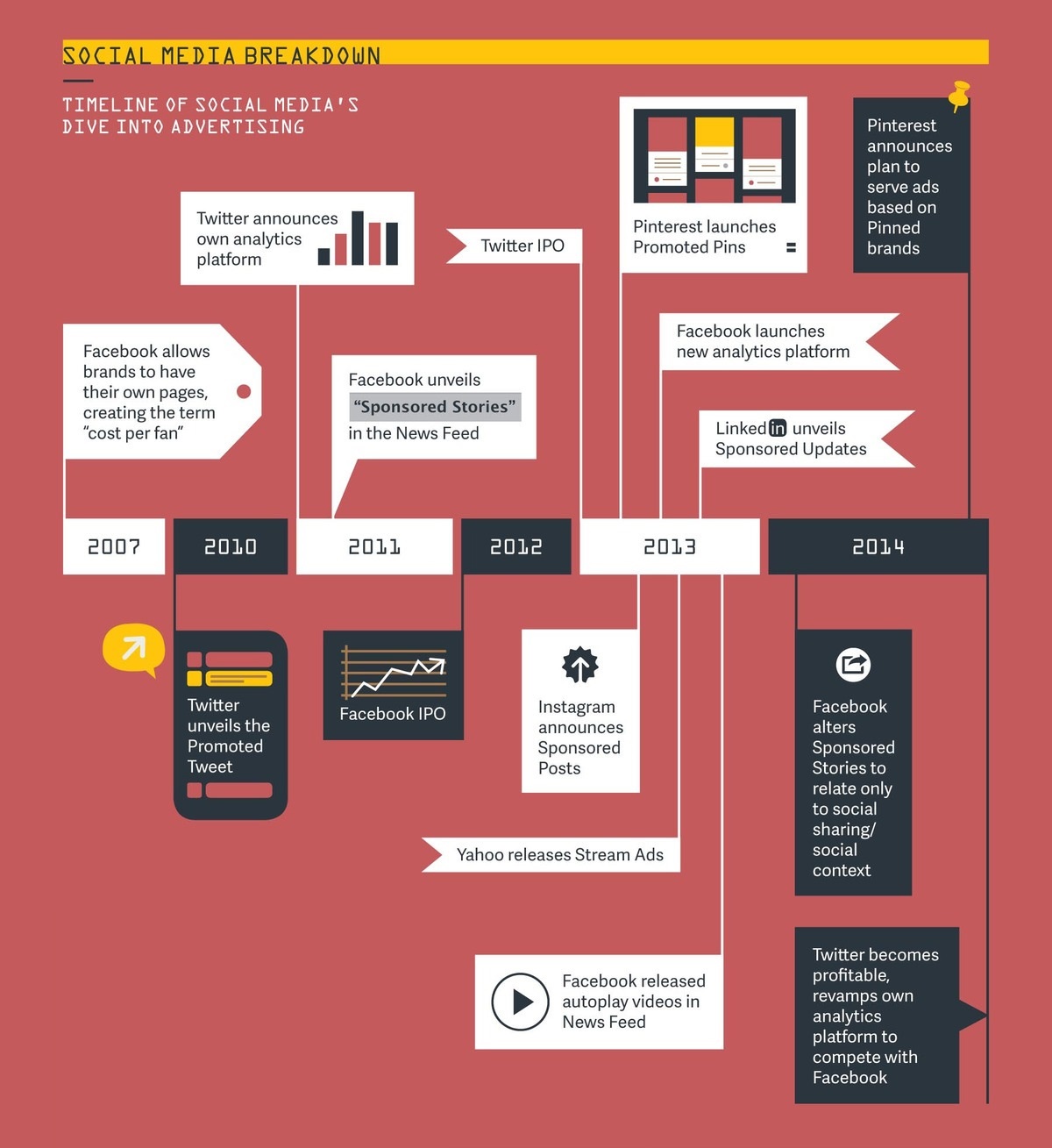 A broad range of paid content has been introduced across various social media platforms. Facebook was one of the first to jump onto the social advertising scene in 2008 with the introduction of Facebook Ads, Pages for brands and businesses, and Facebook Insights. Within the following year, they expanded to language and radius-based ad targeting, as well as self-serve ads for Pages and Events; and by 2011, Sponsored Stories were introduced. With a wealth of information about user likes and demographics, Facebook Ads can target broad or niche markets with precision that past marketers could only dream of. 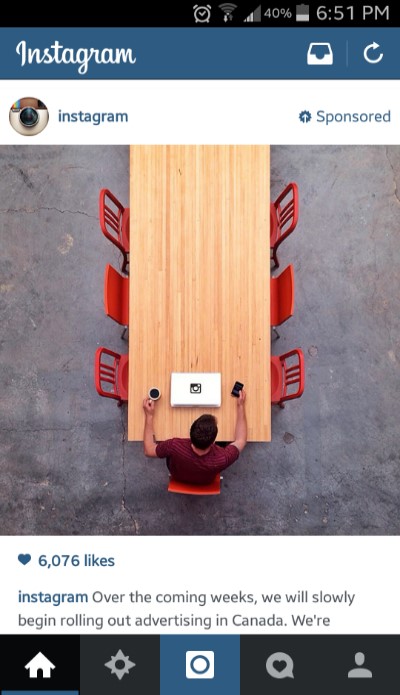 After a very slow roll out and testing with different partners, Twitter unveiled the Promoted Tweet, followed by Promoted Accounts and Trends. So far they seem to be effective, with ad revenue rising 121% in Q4 of 2013 to $220 million from $99 million in Q4 of 2012 (Marketing Mag).

The digital advertising market has most recently expanded with Instagram announcing the introduction of Sponsored Posts in Canadian users’ feeds. The roll-out of its ad offering will be mindful and slow, as Instagram’s ultimate aim is to make sure they feel ‘natural’ in users’ feeds. By virtually camouflaging their ads, Instagram is attempting to avoid the typical negative associations consumers place on social advertising, such as the always-disruptive Facebook News Feed ad.

Other social networks are following Facebook’s lead, with Promoted Pins on Pinterest, LinkedIn Sponsored Updates, sponsored Tumblr posts and the ability to promote your business on Foursquare. All have proven to be successful during testing, in hopes of one day catching up to the more established social networks in the market.

Not everyone is a fan of social advertising

Aside from the complaints expressed by brands and marketers about needing to pay to be seen, as well as the increase in competition across social networks, there is one significant difficulty that has come up with social advertising: consumers are not fans!

Consumers have not been impressed with the amount of paid promotions taking up space on their social accounts since the introduction of ads in Facebook News Feeds, a space many consumers once enjoyed ad-free.

Not only are consumers not happy about the increase in social advertising, but many have become de-sensitized to the ads before they even cross the screen. “[Studies] have found that users familiar with social media – especially younger users who have grown up with the websites – rarely look at advertisements in the sidebars, much less click on them, and make a purchase” (Forbes.com).

The statistics certainly show the value of different forms of social advertising. For example: brands that use Facebook Ads in users’ Newsfeeds report 49 times more clicks than right-hand sidebar ads, and LinkedIn Sponsored Updates see a 45% higher engagement than posts on Facebook or Twitter (Hootsuite Blog).

Brands need an online space to market their goods and services, and social networks need to make revenue. There’s room for many social networks, both big and small, to grow and take a piece of the advertising pie, and brands are slowly warming up to the reality of today’s social media environment.

Since social media was once a medium deemed as free, the sting has hit hard, and therefore in order to get a brand’s message across to the social universe, brands are scrambling to reallocate ad dollars into social media. The level of success can be determined by whether brands or marketers see a return on investment.

We predict that over time, social advertising will become more refined and not so unwanted by users, by simply blending into their social feeds and instilling the belief that they’re clicking on content they either chose to personally follow, or that is closely related to their interests. We believe that social advertising is enabling a future where brands and consumers can happily co-exist… Do you?