Brampton, Ontario is a rapidly growing, multi-cultural city on the edge of Toronto. To provide residents with an infrastructure that got them from point A to Z conveniently, comfortably and über fast, Brampton Transit needed to reinvent the transit wheel. 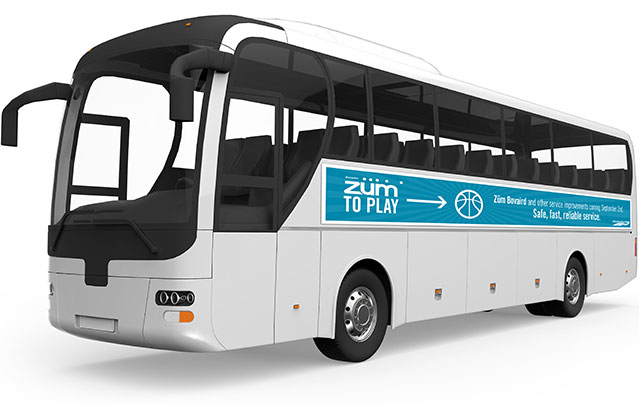 New transportation corridors and state of the art buses and bus tracking technology were introduced on a route-by-route basis. circus was tasked with developing and rolling out a campaign that would generate awareness and clearly communicate the benefits of riding the new Züm routes. 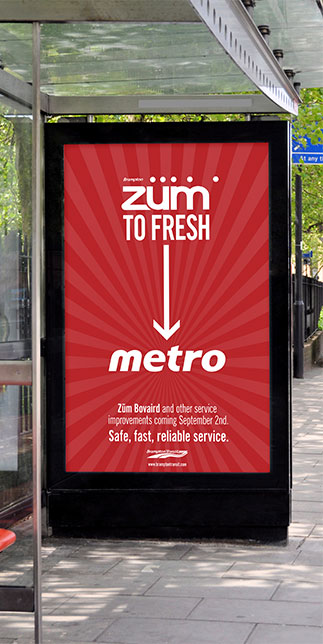 Hop on the bus, Gus

Research showed that English is the second language of a large percentage of Brampton’s population. To drive ridership, circus developed a simple campaign that was able to drive home the message that the new route will let you Züm to work, Züm to restaurants, Züm to sporting events, Züm to medical services. You get where we’re going.

As each route opened, a series of high impact transit shelter posters were installed along the route to identify the benefits of taking the new bus route. The buses themselves became media to promote the new high speed, high tech route and newspaper ads as well as online route maps encouraged increased ridership.

Want to start a project or just say hi? We'd love to talk with you, so why not drop us a note.